Tournament day saw cooler temperatures with temps in the mid 60's.  Overcast skies and breezy winds at times put anglers on the hunt in an attempt to fill their live wells with the five fish daily creel limit. Eighteen anglers attended this single's tournament at Wickwas Lake in Meredith NH.

Total fish caught for the day was 53.  Congratulations to all who attended.  Off to the next one. 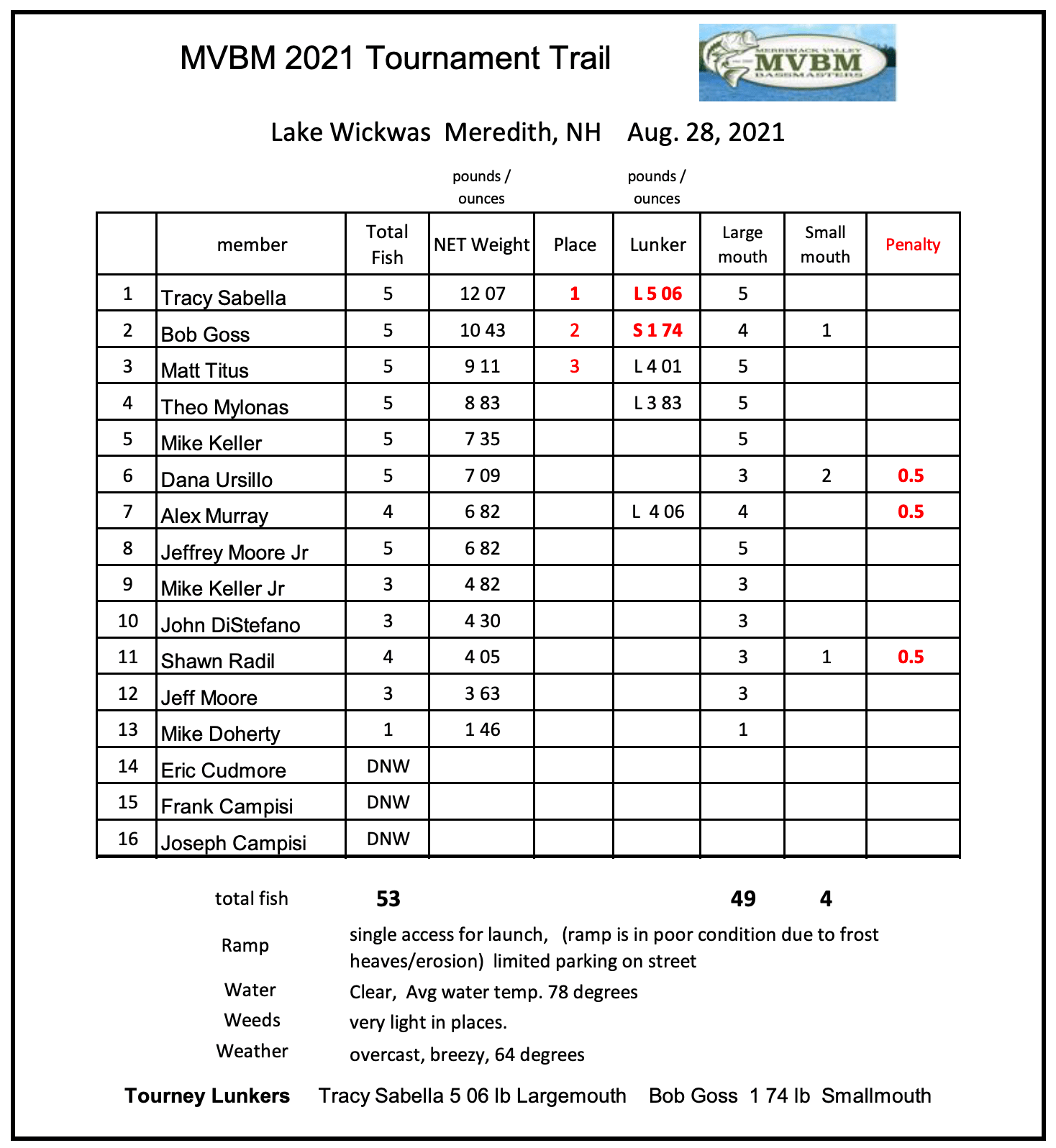 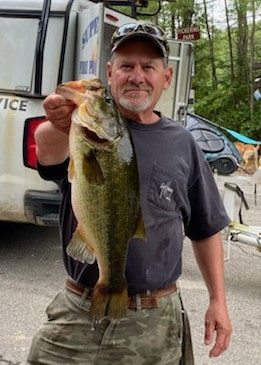 Tracey Sabella with his 5.06 lb lunker of the day largemouth