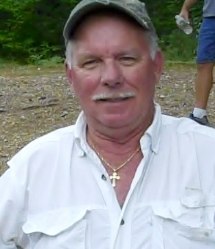 With air temperatures hovering in the upper 40’s to low 50’s angler shivered their way through this one.  Most angler found fish through out the day but Ivan Sullivan topped the leaderboard with five fish weighing in at 12.31.  With hie 5.03 lb largemouth he also had the lunker of the day. First Place: Ivan […]

Five teams participated in this tournament with temperatures in the mid to upper 50’s.  The team of Goss and Campisi takes first place with their total weight for five fish was 16.40 lbs. First Place:  Boss Goss / Frank Campisi Lunker of the day: Goss/Campisi with a 4.05 lb largemouth. Ramp: paved condition, steep launch, […]

Six teams participated in this year’s Big Island Pond Megabucks tournament.  Topping the field was the team of Brabant and Brabant with an eight fish limit tipping the scales at 16.70. Congratulations to the winners. First Place:  Brabant and Brabant Lunker of the day:  Team Brabant with a 4.03 lb largemouth. Ramp: acceptable access/ramp Water: […]

Bruce Waite hangs on with the win with an 11.52 lb bag for the day.  The weather was cooperative on this day with sunny and calm waters.  Anglers tell tht most fish caught were in the 8 to ten foot depth ranges. Bruce also had the lunker of the day with a 3.10 lb largemouth. […]

This tournament was a hot one.  With temperatures in the mid 90’s any light breeze that came about was comforting.  Eleven anglers battled the heat as Ivan Sullivan hooked early and often.  His commanding lead in this tournament of 17.65 lbs for five fish earned him top honors as well as catching the lunker, a […]

With a total weight of 16.24 for five fish, Paul Hatin lead the pack in this one.  Paul also lifted a hefty 5.38 lb largemouth earning hum the catch of the day.  Congratulations Paul. Ramp: Fair condition, steep / narrow launch and load, tight turn-a-round, parking on the street. Water: Clear to lightly stained. Average […]

Most anglers found their five fish creels throughout the day under clear blue skies.  Ten anglers participated in the Lake Attitash tournament and observed Paul Grages take the leader board with five fish weighing in at 3.11 lbs. Ed Brabant III takes the lunker of the day with a 3.45 lb largemouth. First Place: Paul […]

Plenty of anglers turned out for the Barehill tournament with many catching some good bags. Clear skies with temperatures in the mid 80’s made this an enjoyable event for many.  Jim Hoyt lead the day with an impressive 18.66 lb bag.  Congratulations. First Place:  Jim Hoyt Lunker of the day: Jim Hoyt with a 6.08 […]