Where’s D Fish?  Eleven anglers had difficulties finding the fish at this tournament with only three anglers weighing in.  Ouch!  Weather was cooperative with air temps in the 80’s, moderate winds and water temperature about 81 degrees.  With only six fish caught in total, this had to be one of the lowest fish tally in the history of MVBM.  For whatever the reason for the non bites you can give it up to Matt Titus for his three fish, weighing in at 6.92 lbs giving him first place.  His 3.11 lb largemouth was the largemouth lunker and Brad Dekraai’s 2.46 lb smallmouth took the smallmouth lunker of the day w with his second place finish. And lets give it pop to John DiStefano with his one fish guaranteeing him third place. 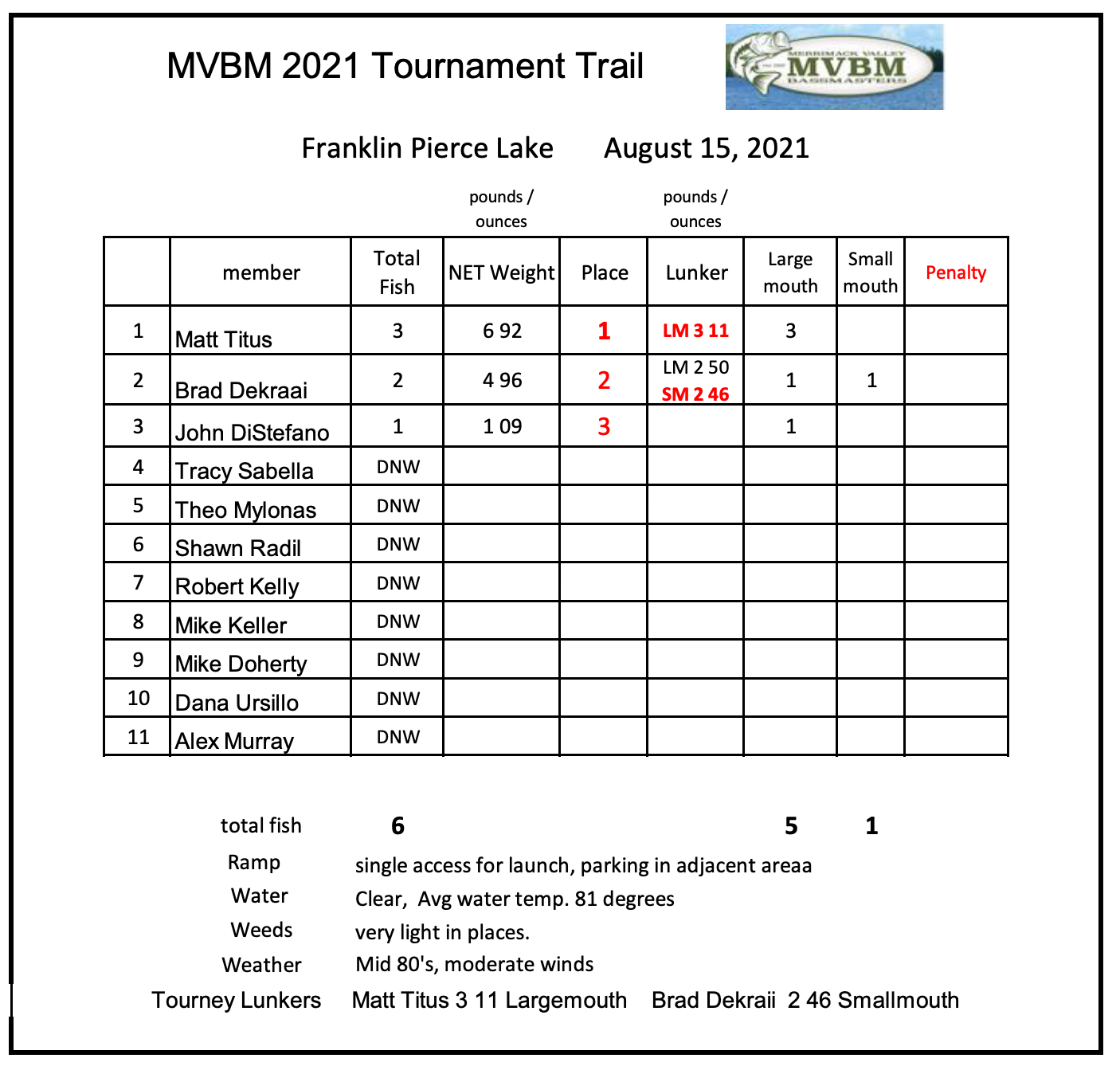