A team tournament was held at Northwood Lake with thirteen teams/twenty-six anglers participating.  Sun mixed with clouds and temperatures hovering in the mid 80’s anglers got plenty of bites in this one.  Five teams hit their marks with their eight fish creels as only one team failed to bring in any fish to the scales.

Congratulations to the team of Carson/Lannon for their first place win and having the lunker of the day weighing in a 6.08 lb largemouth. 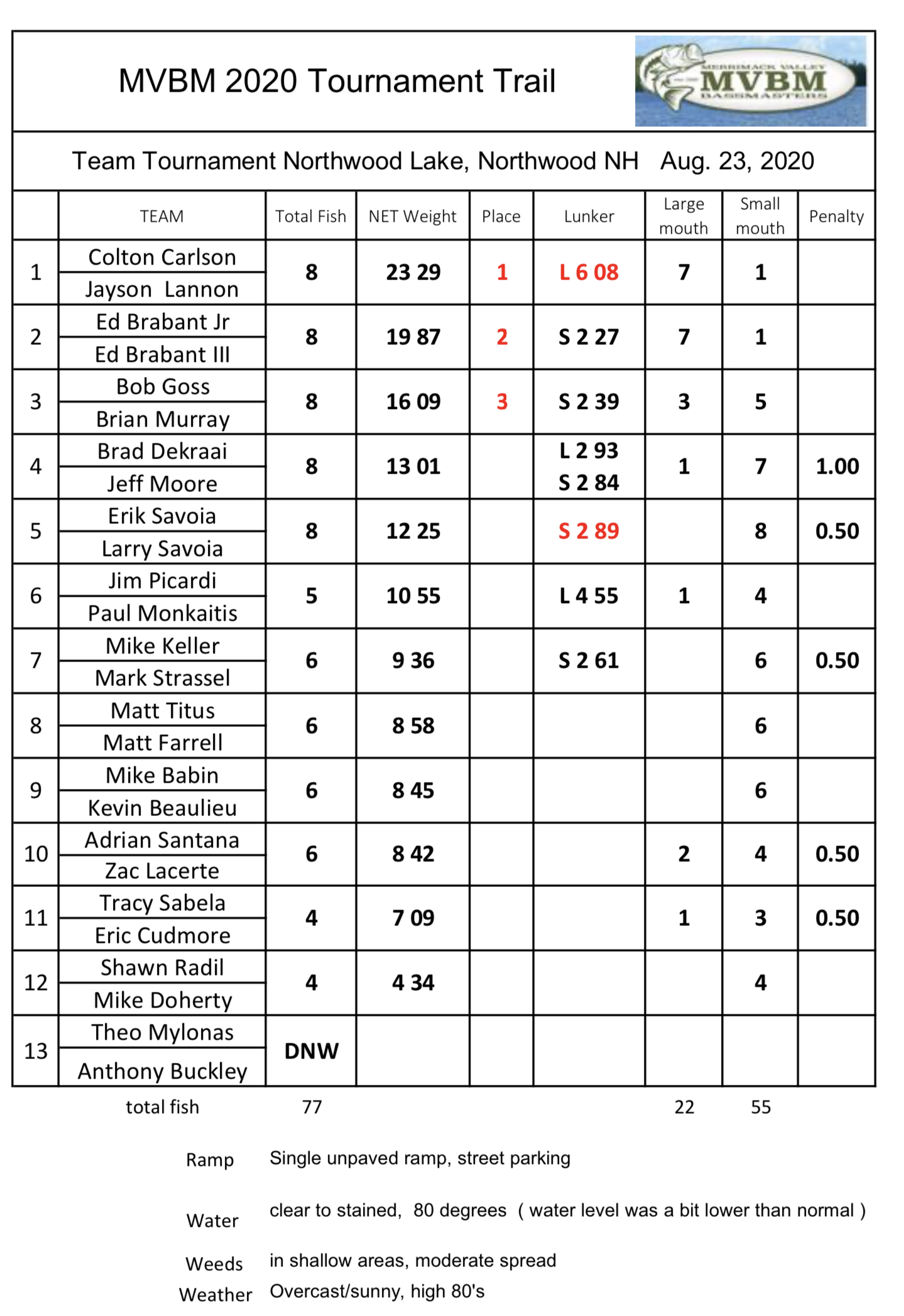 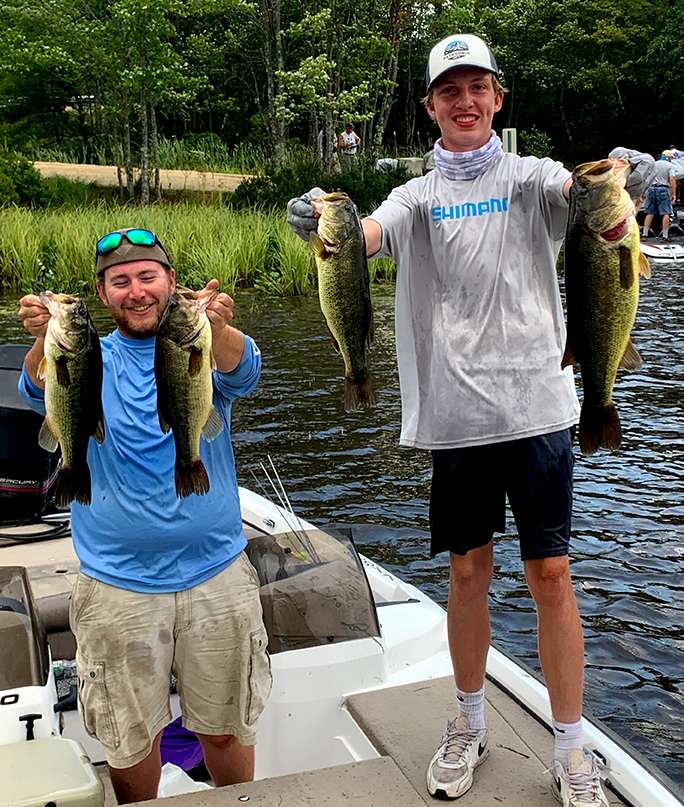