The Boys are back.  Its always nice to see old fishing buddies return and with sitings of Bill Blaisdell and Bob Park in recent tournaments the pair showed their team-work by topping the leader board with four fish totally 16.12 lbs at Suncook.

Windy conditions throughout the day and a wild storm pounded anglers for about 20 minutes but most braved it out on the water waiting for the storm to pass.  I however, headed to shore with my “tin can” of a boat.. (I have this thing about electricity and metal)… and pulled it up on the shore.  I proceeded to head for my truck for a rope to tie down the boat but never made it back when the skies opened up.  As I was sitting in the truck I saw trees bending above me, rain pounding my truck and hoping the guys got out and are safely under cover.  I didn’t have much confidence at that time this was just a passing storm.

I returned to the boat ramp about twenty minutes later and to my surprise my boat was gone floated away during the storm.  Thanks to Alex, John, Ryan and Chris who caught up with it along the way, got it under control and commandeered it to the shore safely. I could only imagine the struggle you all had to get it under control.  Thank you all so much.

Weigh-in time as anglers beached their boats on the sandy shore while winds howling and waves crashing the shore as we all prepared to weigh in our catch.  Then to my surprise I notice waves crashing over the stern of my boat and actually sinking it.  Water in the hull almost up to my knees.  I want to thank all the guys who stayed and helped get the boat onshore, actually out of the water… so the bilge could do its work.  Another magic moment of the continuing saga of “BassMaster Sid’s Shit Show.”  Lol…  but sincerely, thanks again for everyone’s  help. Not easy being me. Again, congratulations Bill and Bob for your tournament win. 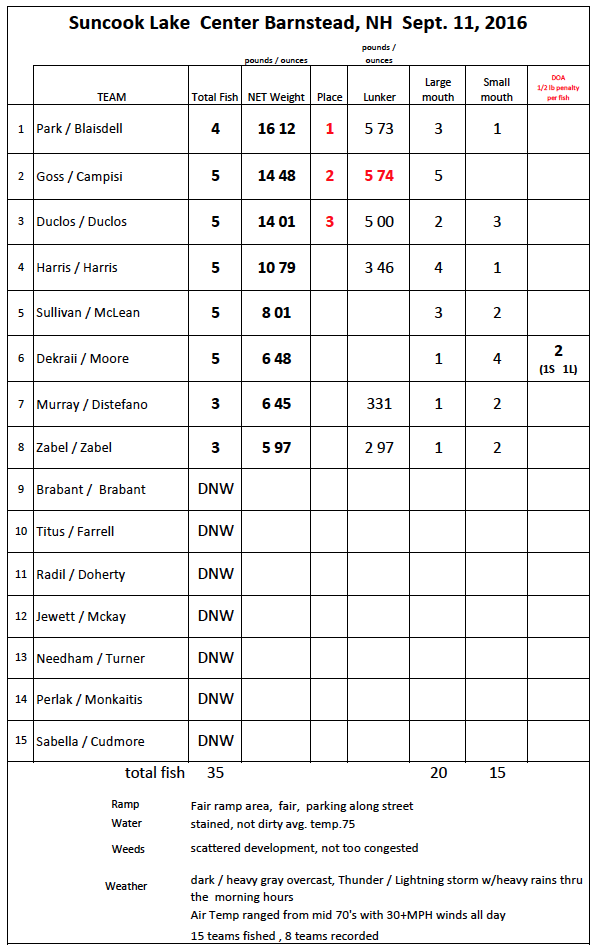 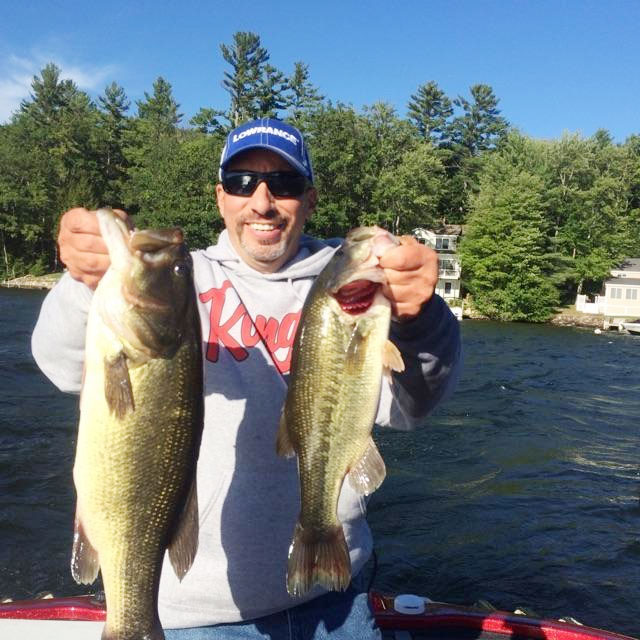 Campisi again showing off his catch,,,, again, again and again. 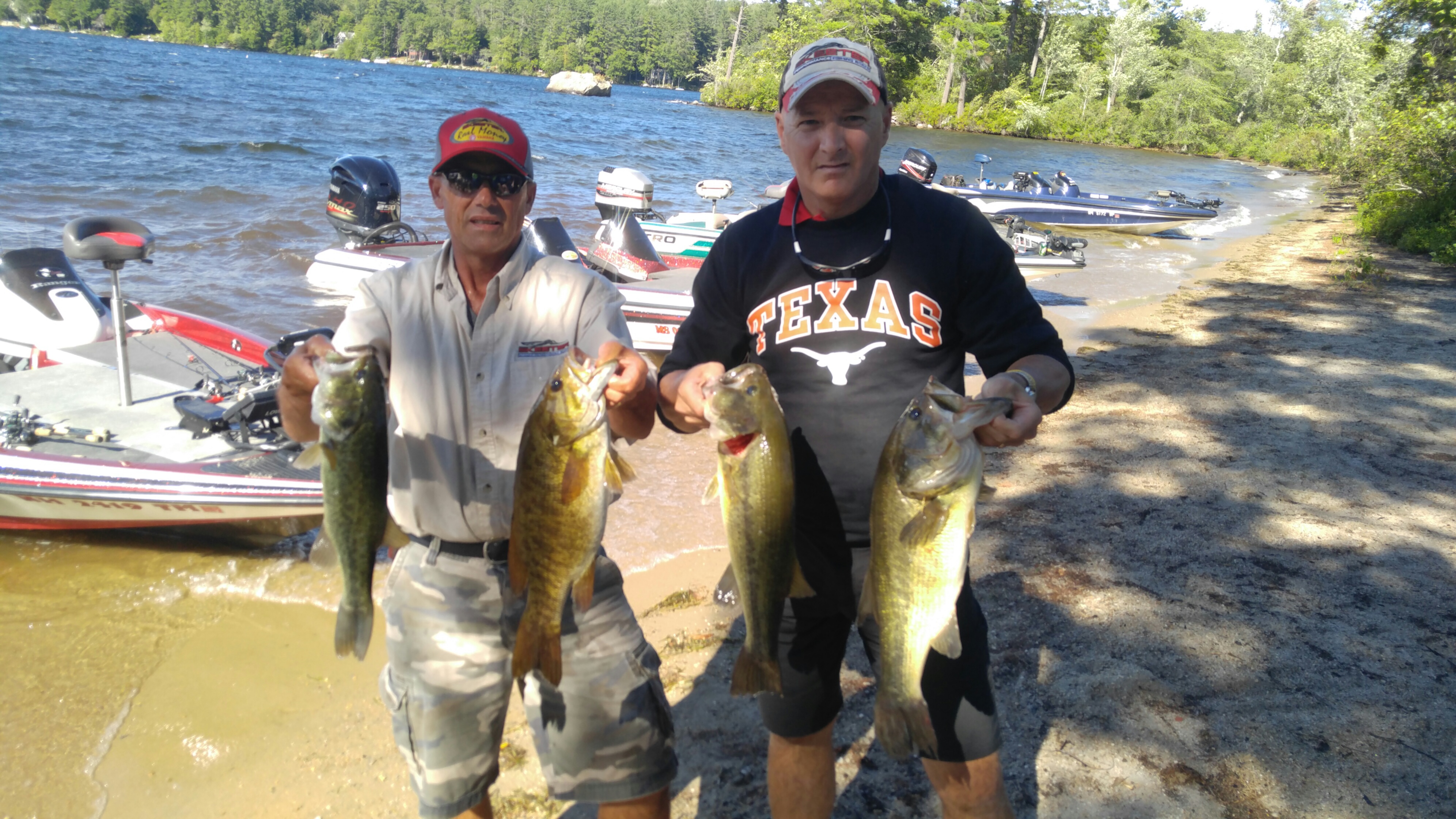 Bob Park and Bill Blaisdell with their winning four fish weight of 16.12 lb